Showing posts from August, 2021
Show all

August 21, 2021
A New Jersey woman who killed her abusive ex-fiance can proceed with a lawsuit that claims her rights as a domestic violence victim were violated when a county prosecutor publicly identified her, an appeals court ruled Tuesday.
Post a Comment
Read more

August 10, 2021
Jeremy Ray Smith 03/24/88 Incarcerated until 10/07/21 He is married and will move back in with her in Wichita, KS when gets out. He is also a lifetime sex offender. Brandon Lee Cruth 03/20/87 He is missing or know the run at the moment, but was living with Jeremy Ray Smith's as of 08/02/21. Jeremy and Brandon are half brothers through their mother. He is register on DV Registry in Colorado but he move the Hutchinson, KS May 01, 21 with his uncle Larry Cruth. Larry Cruth 05/16/1966 Larry is Jeremy and Brandon's uncle, he is their mother's twin and had horrific past with DV, child abuse and child molestation. His cases are in WY, MT, CO and KS. Jerry Cruth is another uncle and he is Larry's older brother. He has DV charges and his 12 daughter accused him of attempted rape 4 years ago as well. He has DV cases in CO and KS. Thank you for everything you do to make DV Offender's information available so that people can access and make informed decisions about who th
Post a Comment
Read more 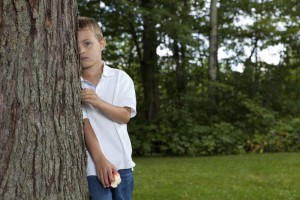 Child abuse is an ordeal that most of us, thankfully, do not have to endure but for those that do it can leave lasting damage. It can occur at the hands of parents or other relatives and also professionals, and is a traumatic experience for the child, no matter the age.
Post a Comment
Read more

August 02, 2021
Please join the battle to defeat child sexual abuse. Tragically, statistics prove that our society is losing this battle, and children are in critical need of greater prevention and intervention efforts. The most recent National Incidence Study conducted for the U.S. Department of Health and Human Services indicates a 149% increase in abuse since 1986. Physical abuse of children is almost twice as high as the 1986 level, and child sexual abuse has MORE THAN DOUBLED since 1986. Current estimates indicate that 1 out of 3 girls - and 1 out of 9 boys - are victimized by molestation or sexual assault.
Post a Comment
Read more
More posts